These pictures show the exterior and interior of the finished church building on the day it was consecrated and we held our first regular services, May 12th, 2007. 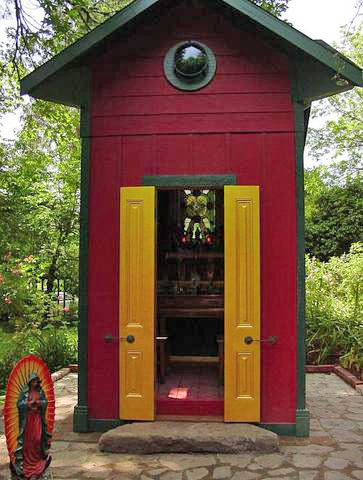 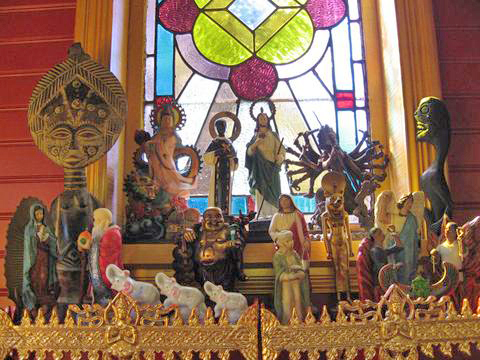 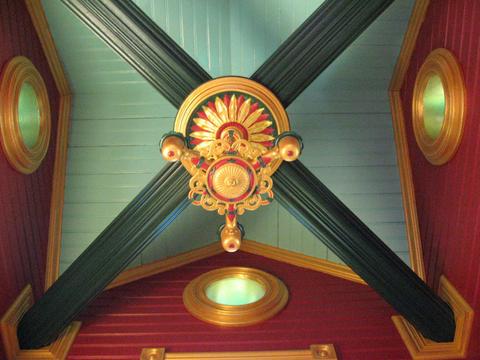 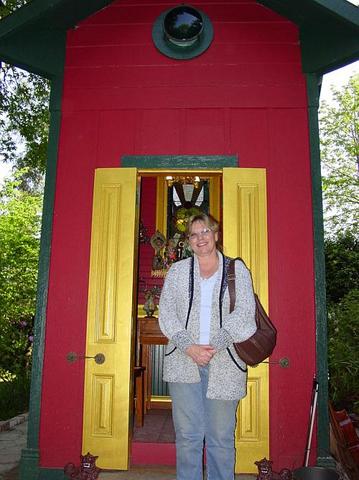 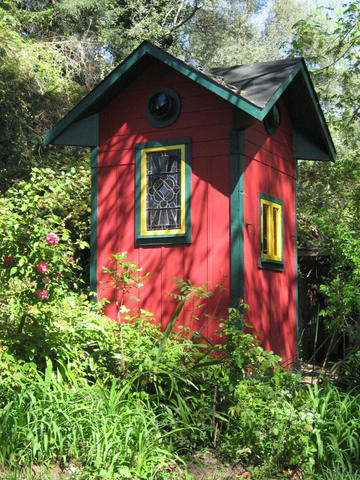 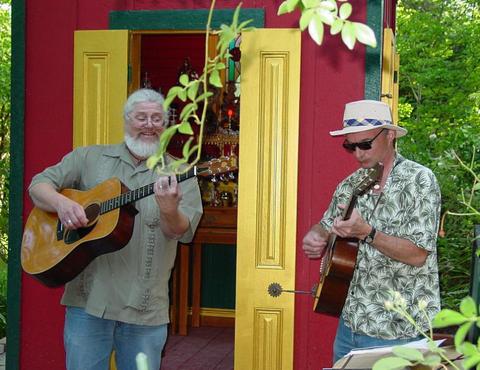 Left: A view of the church from the South-East, amidst blooming roses, showing the new South window stained glass.
Right: At the May 12th, 2007, party that inaugurated the church, musicians John Aycock and George Mueller play old-time music. Photo by Nikki Holweger.